Lynn Michaels will be taking over the Party Room on Facebook for half an hour tomorrow!

FREE – this weekend only!

The first book in the MM adventure/fantasy series – Universe…

It all starts here….

…because we have a giveaway going on all weekend pinned to the page!

Here’s a link to check out the Facebook page:

And one to check out Lynn Michael’s Universe series: 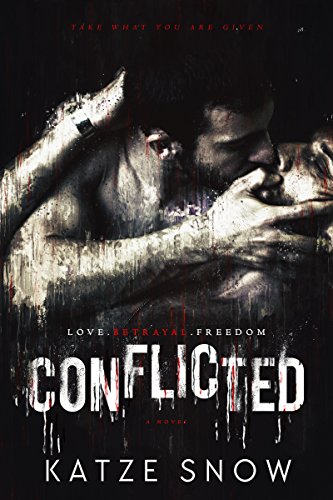 New Release Conflicted from Katze Snow is out now.

Gabriel Valentino is certain of one thing—he wants Caleb Matthews. He asks for so little. But when Caleb refuses an offer that could change his future, Gabriel’s patience wears thin. Unaccustomed to rejection and incensed at Caleb’s disobedience, he takes the matter into his own hands.

Everything has a price. For Caleb the price of rejection is freedom.

Imprisoned and alone with only his alluring captor for company, Caleb wants desperately to escape. But breaking free isn’t so simple. Awakened to a pleasure he’s never known, Caleb feels lost—conflicted. Can he escape? Or will the bonds of pleasure prove stronger than any lock and key?

After leaving school and renting a crummy flat at sixteen, Katze Snow now lives in Scotland with her wolf-dog and kitty. When she’s not writing or listening to music, she works for a top-secret, underground organization, but sshhh, it’s a secret. She finally published her debut novel in 2016.