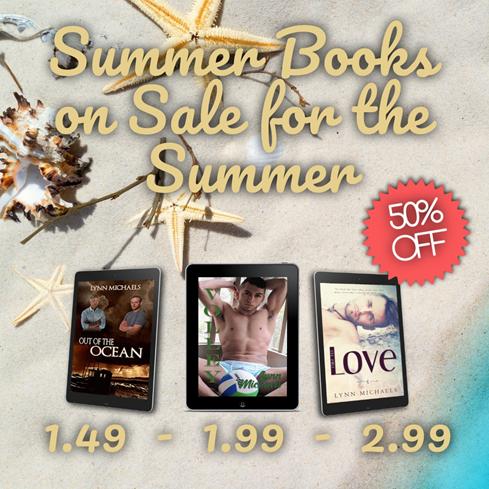 These HOT summer themed reads will be half off through the rest of May! Grab them while you can!

OUT OF THE OCEAN 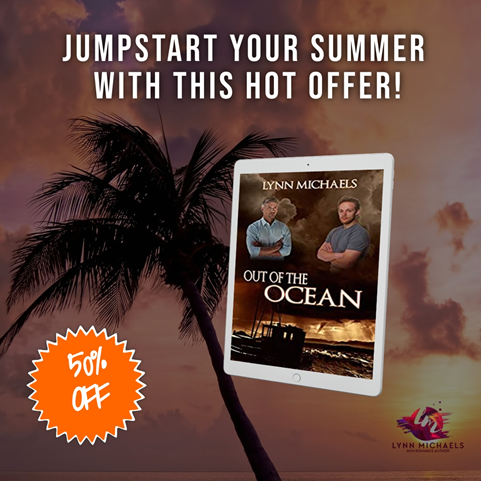 Shipwrecked and fighting for their lives, love wasn’t something they expected.

Cal Bigsby spent his life working the fishing boats and ignoring who he really is and what he needs to be happy.

Prescott ‘Scott’ Vandenburton is being primed to take over his father’s company, but he truly craves a life of his own.

When a freak storm leaves them stranded, both are forced to think about life from a whole new perspective. 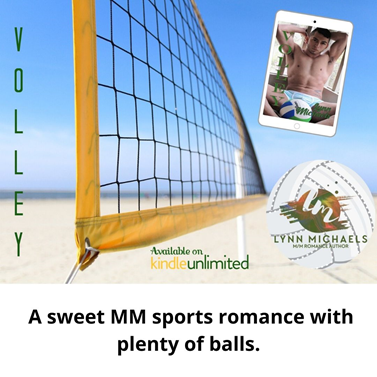 Can they handle the competition?

Getting down and dirty in the sand is all in a day’s work for pro-volleyball digger, Robby Gilcrest, but a new doubles partner has him competing both on and off the court.

Ace Henderson comes from the wrong side of the tracks and has worked for every success in his life. Why should he think his relationship with Robby would be any different?

But he’s not losing to Morgan. Robby is his, right?

Beach volleyball and fouled emotions will bring them together or tear them apart–right on time for these Olympic hopefuls.

A sweet MM romance with an established couple and plenty of balls. 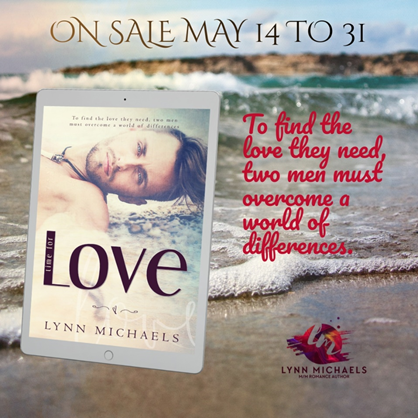 To find the love they need, two men must overcome a world of differences.

Jeremy Ringer enjoys the important things in life: surf and sand—beach and bar-tending—practicing Taoism. Until a death in the family sends him across the state, and he realizes that the simple things are not enough.

Ollie Mendosa is only interested in one thing—the new police app he’s developing. That is until he meets one of the crime victim, the beach-loving Jeremy Ringer. Ollie’s protective nature is brought out in full force, and he can’t resist the temptation of a summer fling.

They’re drawn together in a plan to enjoy the summer, but the the heat is on when the criminals return.

There are some hot reads for this summer on eXtasybooks sure to get the heat on!

Magic comes to the beach, but it’s love that changes everything.

Neil was the head lifeguard at an exclusive resort in the beach town of Cambria Bay. He had thought it was his dream job, but between his slacker employees, nosy boss, and the new and strange man in his life, he decides that maybe he’s ready for a change.

The Summer Heat has taken its toll on our shifters making them too hot to handle.

The shifters make plans for a summer to remember but all best-laid plans of mice and shifters often go awry. And that is certainly the case in the final six stories from some of eXtasy Books’ top authors. Follow the lives of those who have previously featured in Spring Fever, Winter Magic and Autumn Feast. Join them for a final fling where the summer heat will cause havoc for our heroes.

This anthology is a series of stories to be read in order:

Get them all on eXtasybooks.